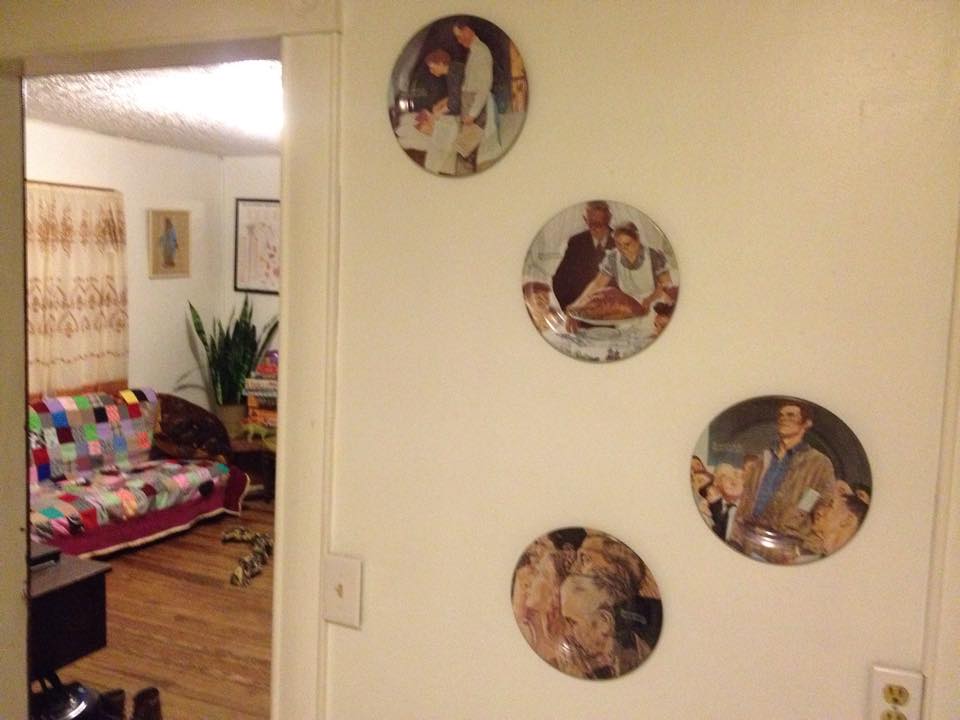 There are four metal plates hanging on my kitchen wall. They are the kind of plates that a grandmother buys, that display art halfway between kitsch and class. This particular set I fell in love with in a thrift store a few years ago. I paid 4.95 each for them, on a day that twenty bucks for a wall hanging felt like a lot.

Rockwell produced them in response to Franklin D. Roosevelt’s inauguration speech on January 6, 1941 advocating for the recognition of these basic human rights.

My relationship with these images is difficult to explain. I feel some sort of intense emotion looking at each one. Rockwell nails it. Speech, a slightly gristled man who has the respect of the men in suits while they listen to him. Want, with the table and the family and the everything sacred. Fear, with the tucking the child in, with the warmth. Worship, even, tugs on me. I want these things. I want the plates on the wall, I want the ideals in my home.

I support each one, yet the entire point of Roosevelt’s post was to engage in an active shift away from our isolationist position and propel us into World War II. The same arguments that were being used in the Four Freedoms speech are beings used today.

Bring democracy, bring hope, bring freedom. And bring McDonalds and Bank of America while you are at it.

It’s such a fine line. One I have no idea how to walk, one my clumsy Chucks trip over. So it is, to be an American and yet sometimes fear America.

View all posts by AJCFox